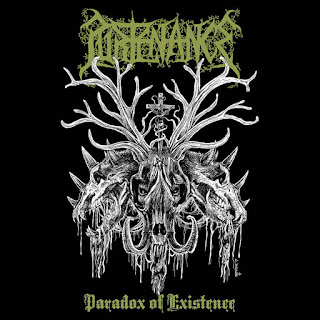 Purtenance  plays  a  style  of  doom/death  metal  that  is  played  by  veterans  instead  of  being  a  part  of  the  old  school  revival  and  also keeping  the  sound  that  was  established  more  than  20  years  ago,  the  production  sounds  very  professional  while  the  lyrics  cover  hatred,  suffering  and  emotions  themes.

Posted by OccultBlackMetal at 8:21 PM