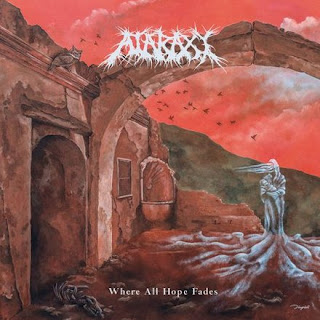 Ataraxy  plays  a  style  of  doom/death  metal  that  goes  back  to  the  early  90's  while  also  having  its  atmospheric  moments,  the  production  sounds  very  professional  while  the  lyrics  cover  darkness  and  death  themes.