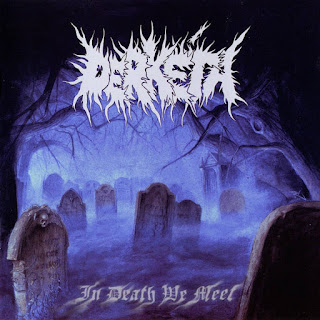 Derketa  remains  true  to  the  doom/death  metal  sound  that  they  have  been  known  for  and  creates  a  very  dark  and  heavy  sounding  recording,  the  production  sounds  very professional  while  the  lyrics  cover  death,  nightmares  and  curses.

Posted by OccultBlackMetal at 8:44 PM