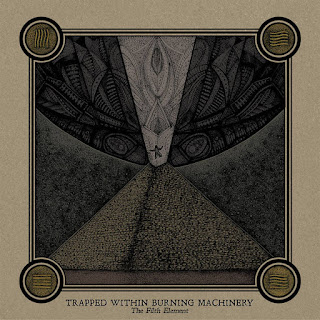 Trapped  Within  Burning  Machinery  plays  a  musical  style  that  takes  some  of the  more  modern  post  and  sludge  metal  sounds  and  mixes  them  with  90's  style  doom/death  metal  to  create  a  sound  of  their  own,  the  production  sounds  very  professional  while  the  lyrics  cover  Anti  Existence,  Misanthropy,  Industrialism,  and  Drugs.