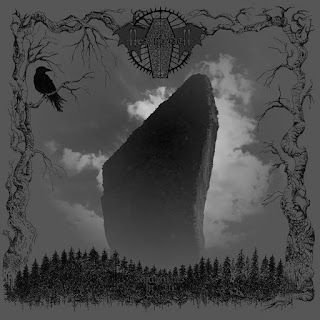 Atmospheric sounding  synths  start off  the  album  before  going  into  a  very  slow  and  heavy  doom  metal  direction  which  also  uses  a  great  amount  of  dark  sounding  melodies  while  the  vocals  are  mostly  death  metal  growls  along  with  some  melodic  chants  also  being  utilized  in  certain  sections  of  the  recording.

Heavydeath  creates  another  recording  that remains  true  to  the  doom/death  metal  style  of  previous  releases,  the  production  sounds  very  dark,  heavy  and  old  school while  the  lyrics  cover  dark  themes.

Posted by OccultBlackMetal at 7:46 PM