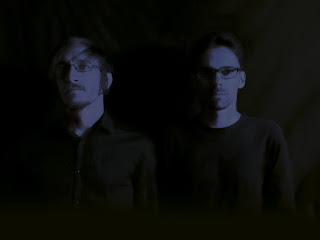 1.Can you give us an update on what has been going on with the band since the recording and release of the new album?

Hello !  Well, as we do a lot of things by ourselves, the weeks following the recording and mixing were quite busy with the artwork. But since the release, things are not in our hands anymore ! We were waiting for the first feedbacks, and they seems to be very positive, so it makes us very happy of course !
And we already think about the following…

I would say this new album is an extension of our musical universe, on its brightest side.

Our sound is based on a combination of melodic / atmospheric doom metal and ambient / electronic music. And it has also always been enriched with elements from gothic metal, symphonic scores, or celtic music, and marked by the use of different kind of vocals.

For Return, we have developed, at least on some tracks, a more luminous vibe, and also introduced some post-rock and cold-folk shades, with quite a prevalence of clean vocals. This is consistent with the more terrestrial themes on this opus. But our identity is still clearly recognizable, and this is a new journey through vastness !

From the beginning of the project, we have chosen to base our artworks and lyrics on science-fiction concepts.  It just perfectly matches this kind of spatial and cold music, and we love to take our listeners on a journey through ethereal worlds !  More precisely it appeals to the “contemplative” side of science-fiction, with space as a main character, huge landscapes, and humanity lost and questioning through the infinity…
We are often inspired by some “hard SF” books, or some films.

4.What is the meaning and inspiration behind the name 'Ixion'?

Ixion is the name of a planet in the Hyperion saga, and we simply liked this sound !
It is also a real celestial object in the Kuiper belt, numbered 28978…

5.What are some of the best shows that the band has played over the years and also how would you describe your stage performance?
6.Do you have any touring or show plans for the new album?

Well, we are not a live band at this moment. We would love to play concerts, but we encounter two difficulties. First, it should be quite difficult to build a line-up to reproduce our music in live conditions. Secondly, it would require substantial means to develop a visual show matching our music and our thematics.

7.The new album came out on 'Finisterian Dead End', are you happy with the support the label has given you so far?


We were very happy with the work of the label for the release of our previous album Enfant de la Nuit. It has led us to a new step in terms of recognition. So it was quite natural to team up again with them. And we’re in a trusted relationship with Laurent (the label manager), who lives in Brittany as we do !

8.On a worldwide level how has the feedback been to your music by fans of atmospheric doom metal?

We have fans all around the world, which is really great, and for several years now, their feedback is really very positive !  Of course, not every doomster likes our music because of this combination with ambient/electronic – but those who are sensitive to this genre tend to love our music. Our audience is probably quite moderate in size, but they are real fans !


9.Where do you see the band heading into musically during the future?

It’s going to be interesting to start with a blank page again ! The tracks on Return come from a sequence of composition in 2012-2014, as for the tracks on Enfant de la Nuit !
But I have already some ideas for the future. Our universe is wide enough to explore its different corners. For example, I consider making a more radical work in terms of coldness, perhaps on an EP.


10.What are some of the bands or musical styles that have had an influence on your music and also what are you listening to nowadays?

Historically, I was influenced by ambient/electronic on one side, and curious about “classic” metal on the other side. Quickly I’ve focused on bands or artists who blend these two approaches, as well as a melodic trend, regardless of whether it was gothic, doom, or prog… So I can mention My Dying Bride, Swallow the Sun, Shape of despair, Paradise Lost, several funeral doom projects, but also Katatonia, Dark Tranquility, or Amorphis for example.
And simultaneously, I stay a huge fan of atmospheric music in the broad sense. I love some artists from post-rock, trip-hop, shoegaze, not forgetting 70’s-80’s electronic music. I would name Sigur Ros, Archive, M83, Klaus Schuzle, JM Jarre, Vangelis, and I’m quite interested by the current synthwave scene.
One point may surprise our listeners : it’s with the post-rock and atmospheric dimension that we feel closer with Yannick, even if he has also some metal roots, and know how to produce it.

In the artistic field, I like cinema and books, especially science-fiction as you can imagine !
Otherwise, I like nature, hiking, or gardening.


Well thank you for your interest, and a huge thanks to our listeners and fans for their support !
We hope that Return will take you to a journey out of time !

Posted by OccultBlackMetal at 8:27 PM