Wall Of The Eyeless Interview


1. Can you give us an update on what is going on with the project these days?

Now it's mainly the demo promotion - we want as many people as possible to hear our music. And, of course, we continue to practice and I continue writing songs.

2. How would you describe the musical sound that is presented on the demo?

Well, the sound of the demo leaves much to be desired, to be honest, because it was recorded by us only without any help and not at the professional studio, but in swedish folkhögskola's one - we simply didn't have time and enough money at that point to record in a professional studio. So I handled all the recording and mixing duties as well, and I'm not a pro in this at all, but I think that I managed to get the best out of the equipment we had. And, after all, it's a demo. Besides, according to some of the feedback and reviews we've got, some people even like this dark, somehow old school demo sound.

As for the music itself, it's a combination of various influences. I'm not a fan of separating music into genres, but I've heard other people describing our sound as progressive death/doom metal with the various influences. Also, I've used the acoustic guitars on the record and the guitar solos are the part of our sound and concept. We tried to preserve the dark atmosphere of the music on the record, and, according to the feedback we're getting, we succeeded in that.

The lyrics are influenced by the life in general and some personal inner struggles. The lyrics are just my thoughts, really. Mostly symbolic, of course - for example, "the steel" in the first song on the demo, "The Hands", denotes the cold, hard-hearted people.
I think the lyrics should be the important part of the songs and must hold some message in them.

Well, I guess it's enough to read the title song's lyrics, "Wall Of The Eyeless":

"the flame of pyre so bright tonight,
but no one can see it.
people have lost the senses and might
and they spit on the graves of friends, they spit
and lose their faith - now it’s not so strong.
they stand in line with hollow eyes.
they form the wall of the eyeless with the sharp and gleaming thorns.
can’t see the pyre they’re burning in, the dancing hungry fire."

It's about some of the people in our society, and I have the impression that the amount of such people grows every day, which is not good at all. They are dangerous, but they are blind to everything that's happening around them and to what are they actually doing. So, if you imagine the one, wall of the eyeless is really massive. Hopefully, not too many people would choose to be the bricks in and of this wall. That's why the phrase "Open Your Eyes" is written in the demo's booklet.

5. I have noticed one member lives in Russia and another lives in Sweden how do you get the music recorded with that huge of a distance?

Yeah, I'm originally from Pskov, Russia, and Simon, the drummer, is from Sweden. But we actually rehearsed and recorded the demo in Sweden together in just 1,5 months. I was studying there and definitely planning to return there and continue with the band after I finish my own university.
Distance is not a huge problem anymore - Internet helps us to be in touch all the time.

6. Are you planning on adding more members to the project?

Yes, definitely. I, being the guitarist in the first place, ended up doing all the bass and the vocals on the demo as well, but I really want to concentrate on the guitar only. We are planning to be an active live band and play live as much as possible, so yes, we will definitely try to finalize the lineup.

7. Currently you are unsinged are you looking for a label and if so, what kind of label do you feel that would be a perfect fit for your music?

It can be any type of the label. really, as long as it's run by the dedicated to music, active, energetic and liable people and with the ability to promote the records and the bands as much as possible.

8. Pest Promotions has been distributing your music around the world, how did you get in contact with them and how would you describe the support that they have given you so far?

I think they are doing the good job and Adrian is a very nice person, but it's hard to say about the results now because we're with them for only two weeks or something like that.
I've got in contact directly with Adrian and first and foremost about some Slowly We Rot Zine (the first issue of which will be out soon,   I believe) concerns, and he told me about the agency. I ended up helping him out with the zine as well.

9.  On a worldwide level how has your music been recieved by fans of underground metal?

The feedback we've received is really positive so far, even more positive than we expected. The reviews give the demo a solid 4/5, which is just great, because we realize that there are the much better produced demos out there nowadays. It's not that hard now to go to the cool studio or even hire a producer as well and make yourself a great sound if you do have a lot of money.

10. What direction do you see your music heading into on future releases?

I don't know, really. We'll try to improve our playing and songwriting skills and we'll try to keep the songs interesting. The blending of different styles and influences isn't going anywhere 'cos it's the way I write songs :) And I really hope to re-record even all the demo tracks in the better studio.

11. What are some bands or musical styles that have influenced your music and also what are you listening to nowadays?

We're influenced by mostly metal and rock music, both new and old, which is kind of obvious, but I really think that all the music you ever listened to leaves at least some mark on you.
We can listen to anything, really - as long as it's good in our opinion.

12. Outside of music what are some of your interests?

Travelling, foreign languages, artwork/design and vinyl records to name a few. The last one is also connected with music, though :)

13. Any final words or thoughts before we wrap up this interview?

Just want to say hello and thanks to everyone who supports us and the underground music scene in general. May everything you do be not fake and come from the heart.
Posted by OccultBlackMetal at 3:14 PM No comments: 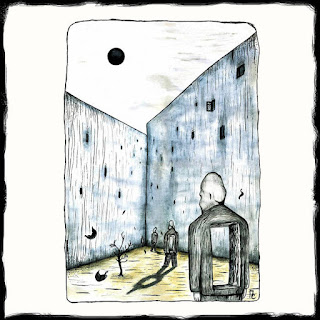 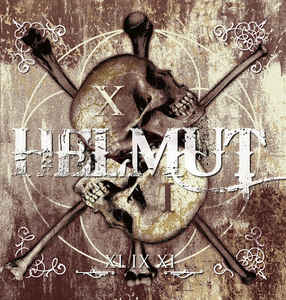 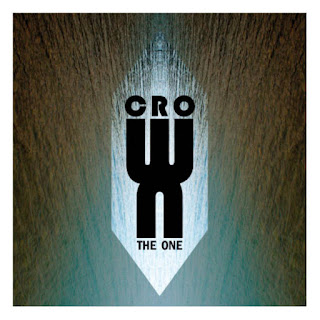 1. Can you tell us a little bit about the band for those that have never heard of you before?

we're three old punk/metal dudes (tim, jeff, and mike)from portsmouth nh who've been playing music together for about six years.
2. How would you describe your musical sound?

prog crust, perhaps? we have pretty eclectic tastes, and write a lot of music, so our sound can vary greatly and often.

the overall lyrical theme is that of hopelessly watching the world fall apart around you. our main lyricist mike is a teacher who works with special needs kids from broken homes. it's a constant reminder of the effects of alcoholism, hard drugs, and media brainwashing.

we thought we had made the word up, and chose it strictly for visual reasons (originally  vaast had three a's and three umlauts). apparently it was also the name of a monk who ascended to heaven via spontaneous human combustion.

5. What are some of the best shows that the band has played so far and how would you describe your stage performance?

our favorite shows thus far have been with bands such as thou, backstabbers inc., the body, howl, and a ton of others. our shows are fueled by copious amounts of caffeine and marajuana.
6. Do you have any touring plans for the future?

we're planning on a two to three week east coast tour this summer, most likely with another gnarly nh band such as kyoty or ultra/negative, so if you're reading this and  have a basement/art space/show space send us an email.

7. Currently you are unsigned, are you looking for a label and if so what kind of label do you feel that would be a perfect fit for the music?

our last ep was put out by a small hip hop label which we absolutely appreciate, but wasn't necessarily the best pairing. although we aren't actively looking for a label we can see the benefit of both larger and smaller independent labels, and would probably jump at either opportunity. at the end of the day, i'm content giving my music away on the internet.
8. Are there any other projects besides this band or is this a full time line up?

vaast is definitely everyone's first priority, but we always have things going on on the side. currently jeff plays drums in the grunge band ellen page, and a yet-to-be-named black metal band with members of backstabbers inc. mike and i played in a power violence band called godbuzzard for a number of years. it's not uncommon for us to play back to back sets with different bands.
9. What direction do you see your music heading into on future releases?

the next batch of songs will be lengthy, self indulgent instrumentals most likely followed by a slew of simple d beat or grind songs. we constantly write new music, and enjoy jumping from style to style as our mood sees fit. the goal for the coming year is to record as often as we create.
10. What are some bands or musical styles that have influenced your music and also what are you listening to nowadays?

our biggest influences are nineties hardcore and metal bands such as his hero is gone, catharsis, today is the day, neurosis, combat wounded veteran, carcass etc... as well as latter day black flag, voivod, black metal, doom, prog rock, and fusion jazz. current stuff we're into includes masakari, victims, stormcrow, hellshock, negura bunget, baroness, and all things southern lord.
11.Outside of music what are some of your interests?

we're all avid hikers and outdoorsmen. i've spent a good portion of this winter snowshoeing through the white mountains. most of us also fancy ourselves  artists/painters, and usually have several showings throughout the year. jeff is also very active in the theater.
12. Any final words or thoughts before we wrap up this interview?

it's been really cool watching this music go from complete obscurity to being readily available at my local music store. we're very thankful you can be in your mid thirties in this scene and still not only be relevant, but often revered. punk is alive and well, and i can't wait to still play it when i'm fucking fifty.

Posted by OccultBlackMetal at 10:44 PM No comments: 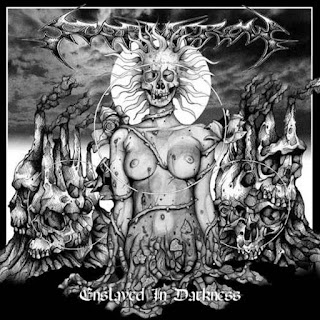 In  my  opinion  Stormcrow  where  a  very  great  sounding  doom/death  metal/crustcore  hybrid  and  if  you  are  a  fan  of  this  style,  you  should  check  out  this  recording.  RECOMMENDED  TRACKS  INCLUDE  "Enslaved  In  Darkness"  and  "New  Messiah".  RECOMMENDED  BUY.
Posted by OccultBlackMetal at 2:56 PM No comments: