1. Can you give us an update on what is going on with the band these days? Alex: We are about to release the new record "Vanquish in Vengeance".And gearing up to start doing some shows in the next few months.We are also writing for the next record as well.

2. How would you describe the musical sound of the new album and how it differs from previous recordings? Alex: It is more of a live vibe.Most of the record was done that way.I think it is well produced but at the same time extremely raw and ugly sounding!

3. What are some of the lyrical topics and subjects the band explores with the new release? Alex: I think it expresses the power of all religion that it has over this world.The suffering and control of people.As well as our interest in the Occult and the beyond!

4. Out of all the shows and tours that the band has done so far, which one did you enjoy the most? Alex: For me it was the tour we did in Brazil with our long time friends in Immolation.It was a pleasure to tour with great friends and the whole organization was run very well.A lot of fun!! And Brazil is a amazing place.Also I have to say one of my fave tours was with Divine Eve in 2010.Great friends as well and a very good time.

5. What are the touring plans for the new release? Alex: Nothing planned yet. But I am sure we will be touring in early 2013.

6. The band has been around for more than 20 years, what is it that motivates the band to keep going after 2 decades? Alex: We still have a vision and are all very much inspired to do this.It is who we are!! And we all enjoy working with each other.If we did not enjoy what we were doing we would all stop.And for me I need to create and express myself.

7. On a worldwide level how has the feedback been to your new album by death metal fans? Don,t know yet!! Alex: It has not come out yet!

8. What is going on with Ibex Moon and the other musical projects these days?
John: As a label we lost a lot of money over the last 4 years and I had to put the label on hiatus for a while. I need to pay of some debt's I incurred and I want to pay them off then make a decision what to do next with the label. Right now Ibex Moon Records has an uncertain future. We do have some back stock that we are liquidating if anyone is interested get in touch.

9. What direction do you see your music heading into on future releases? Alex: I see us going even darker!! Like I said earlier we are writing new material now for the new one.We will keep pushing ourselves and this band to continue to get better and better as we go along.But I can promise you we never steer away from what Incantation is all about.

10. What are some bands or musical styles that have influenced your newer music and also what are you listening to nowadays?Alex: I cant say that I really have been influenced anything new.As far as listening to lately the same stuff I grew up with Maiden,Purple,Angel Witch,Voivod,Sabbath,Priest,Rush and some new bands such as In Solitude and Darkest Grove.I have to mention I have been listening to a lot of my old demos from Mutilated(Fra),Nihilist,Autopsy,Death/Mantis etc…

11. Outside of music what are some of your interests?
Alex:Sleeping when I can.
John: I work as a screen printer, besides that I like jamming with my other band Funerus and hanging out with my wife and dog.
12. Any final words or thoughts before we wrap up this interview?
John: Thanks for the support! We look forward to doing shows in support of the new album. It great to have a new album out after many years Also, check out my other band Funerus if you like old school death metal.
Posted by OccultBlackMetal at 12:55 PM No comments: 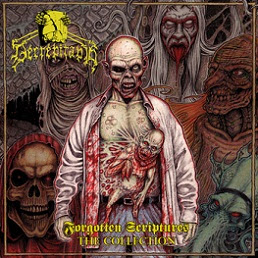 Rhythm  guitars  range  from  slow,  mid  paced  to  fast  riffs  that  combine  old  school  death  metal  with  the  darkest  and  heaviest  elements  of  doom  metal  along  with  some  dark  and  evil  sounding  melodies  being  thrown  into  the  riffing  and  there  are  no  guitar  solos  or  leads  present  anywhere  on  this  recording. 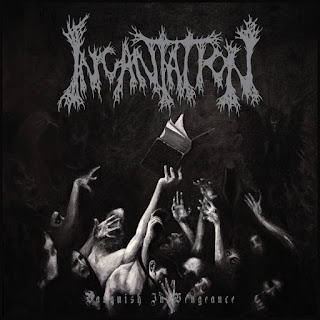 In  my  opinion  this  is  another great  recording  from  Incantation  and  if  you  are  a  fan  of t his b and,  you  should  enjoy t his  album.  RECOMMENDED  TRACKS  INCLUDE  "Invoked  Infinity"  "The  Hellions  Genesis"  "Transcend  Into  Absolute  Dissolution"  and  "Legion  Of  Dis".  RECOMMENDED  BUY.
Posted by OccultBlackMetal at 9:38 PM No comments: 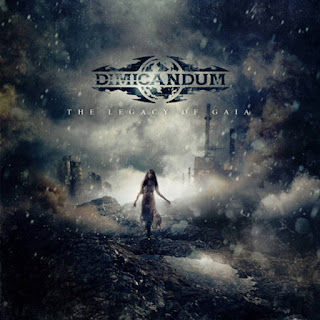 Rhythm  guitars  range from  slow  to  mid  paced  riffs  that  combine  the  atmospheric  elements  of  death,  doom,  gothic  and  traditional  metal  with  metalcore  along  with  a  great  amount  of  dark  sounding  melodies  being  thrown  into the  riffing  as  well  as  a  brief  use  of  soft  and  clean  playing,  while  the  lead  guitars  are  very  melodic  sounding  heavy  metal  guitar  solos  and  leads.