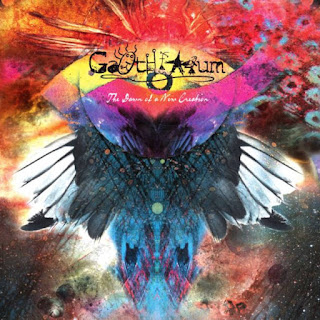 Classical  guitars  start  off  the  album  before  going  into  a  heavier  modern  prog  metal  direction  that  also  uses  clean  singing  male  and  female  vocals  along  with  a  great  amount  of  synths  and  the  music  also  uses  a  great  amount  of  folk  instruments  and  after  awhile  death  metal  growls  start  to  became  a  very  huge  part  of  the  recording.

Garth  Arum  take  doom  and  death  metal  and  mixes  it  with  atmospheric,  progressive  and  avant  music  along  with  a  touch  of  black  metal  to  create  a  very  original  sounding  recording,  the  production  sounds  very  professional  while  the  lyrics  cover  dreams,  unreality,  universe,  return  to  innocence  and  apocalypse  themes. 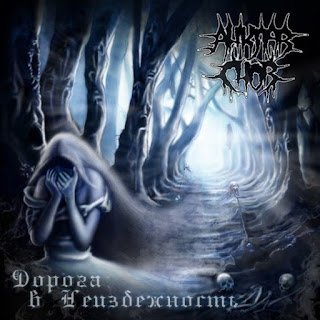 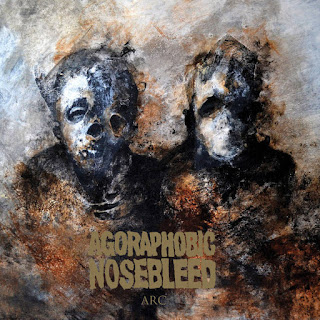 On  this  recording  Agoraphobic  Nosebleed  slows  everything  down  to  focus  more  on  a  slower  yet  heavy  doom/sludge  metal  direction  while  also  retaining  the  screaming  vocals,  the  production  sounds  very  professional  while  the  lyrics  cover  misnathropic  and  angry  themes. 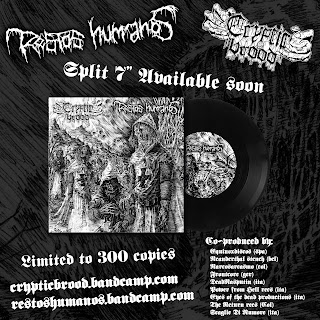 Posted by OccultBlackMetal at 4:36 PM No comments: 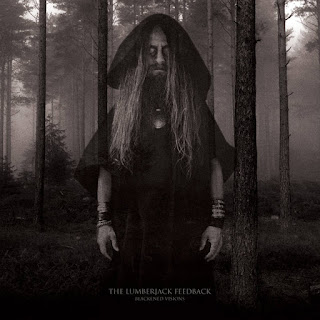 The  Lumberjack  Feedback  creates  another  recording  that  mixes  the  heaviest  styles  of stoner,  sludge  and  doom  metal  together  while  also  keeping  everything  instrumental  and  also  mixing  in  elements  of  progressive  and  post  rock  and  the  production  also  sounds  very  professional.

Posted by OccultBlackMetal at 10:37 AM No comments: 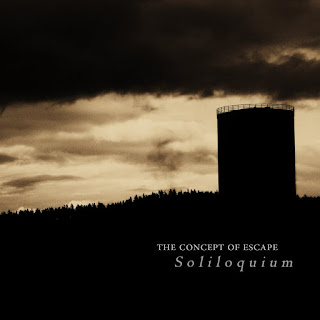 Soliloquim  plays  a  style of  doom/death  metal  that  is  very  melodic  and  also  adds  in a   touch  of  post  metal  and  depressive  rock  to  create  a  sound  of  their  own,  the  production  sounds  very  professional  while  the  lyrics  cover  humanity,  depression,  and  personal  struggles.


Can you give us an update on what is going on with the band these days?

Hello everybody! Now we are mapping out concerts in 2016: our participation in Metal Blast Festival (Cairo, Egypt) and Noise Metal Fest (Ulaanbaatar, Mongolia) is announced and we are still looking for more shows! And, of course, we do not forget about working at new songs – some of them will be performed at the upcoming gigs.

2.In August you had released a new album, how would you describe the musical sound that is presented on the recording and also how does it differ from the stuff you have released in the past?

On the new album we tried to make the structure of the tracks more complicated, the arrangements deeper and the sound more atmospheric – and we guess we’ve done it. Of course, betterment of the sound’s quality was also a very important part of the work and, thanks to our sound producer Max Morton who not only made his best to unlock our material’s potential, but also helped us with the arrangements, our album sound much more mature than any of our previous works. The Sentinel And The Murderer was as well the first album on which violin was used –a great thanks for it goes to Oleg Kalayda.

3.In the beginning the music was more doom/death metal, but the newer material has been more goth metal and depressive rock, what was the decision behind going into this musical direction?

I cannot say there was a decision at all – when I’m going to compose a new song, it is not like: “Well, now I want to write some funeral stuff – let’s do it slow then” or “OK, now gothic genre is more fashionable, so, I’ll add more lachrymose melodies”. I just write what comes to my mind and in most cases this process is uncontrolled. Maybe it’s not the way professionals do it but I suppose it’s the way to make sincere and original music.

4.What are some of the lyrical topics and subjects the band explores with the newer music?

As usual, in most cases lyrics are based on my own experience or on the stories which I face in my professional (as a forensic pathologist) life - for example, “Arrows” is about a man who shot himself with a crossbow. Sometimes I use works of literature for inspiration – it is the way “The Castle” was created. I never feel lack of inspiration for creating new lyrics – I just write words which claim it.

The reason to change the band’s name was trivial – there were too many bands with exactly the same name (18 if to believe Encyclopaedia Metallum). The name 'Inner Missing' was invented by our drummer RF (left the band soon after the release of “All The Lifeless”)and I think that even for him the meaning of the band’s name is a riddle. We knowingly do not give any exact interpretation of the band’s name providing this opportunity to the listener.

In 2011 we supported Saturnus in Minsk (Belarus) and it was incredible! We haven’t seen such a passionate audience nor before, nor after this show – I hope, one day we will return to Belarus again. If to speak about our stage performance, I can honestly say that we’re not a professional band, and so, in most cases our performance depends on the public’s response and on our own mood as well. Another peculiarity is that in most cases on the concerts we play only the songs that are not recorded and released yet – we live through these songs until the album’s release and then they become independent and obtain their own separate life which does not need our participation.

7.Do you have any touring or show plans for the future?

As already stated we will visit Egypt and Mongolia in 2016 – and I hope, some other countries, but, of course, it depends on local promoters.

8.The new album was self released, are you open to working with another record label again in the future?

The new album is still not released at all – it’s just available for download. As all our previous works, it will be released on CDs by Darknagar Records – it’s just a matter of time.

9.On a worldwide level how has the feedback been to your newer music by your fans?

As usual, we get a lot of positive comments and reviews from all over the world and a bunch of displeased grunts from Russia – local fans, obviously, cannot forgive us for betrayal of orthodox Doom\Death. I never take any of the comments seriously because I do not earn money by music, and so, I can afford doing whatever pleases me and nobody else.

10.What is going on with some of the other bands or musical projects these days that some of the band members are a part of?

We share our drummer Albe with Karma Rassa, but I think that it will be more correct to ask Karma Rassa about their state of affairs – I simply do not have any actual data.

11.Where do you see the band heading into musically during the future?

As practice shows, in planning of the band’s development and future I’m always wrong. In 2008, when it all began, I never imagined that I’ll use opera singing or that keyboards will become the leading instrument. Of course, the band’s evolution obeys some laws, but these laws are a mystery for me.

12.What are some of the bands or musical styles that have had an influence on your newer music and also what are you listening to nowadays?

I still listen to Doom, Gothic metal and Darkwave, and even now I often find new original bands in these styles. My Dying Bride, Katatonia, Moonspell, Paradise Lost, Diary Of Dreams and Novembre are still my favorites and I do not think that time will change it. Besides, in recent years I become interested in Progressive metal and rock and post-rock music and bands like Agora Fidelio and Naïve had a great impact on me.

13.What are some of your non musical interests?

14.Before we wrap up this interview, do you have any final words or thoughts?

Listen to the music and support your favorite bands. Hope to see you soon!
Posted by OccultBlackMetal at 4:50 PM No comments: