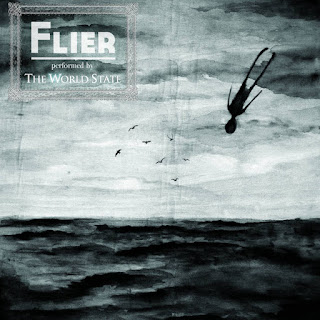 Posted by OccultBlackMetal at 7:20 PM No comments: 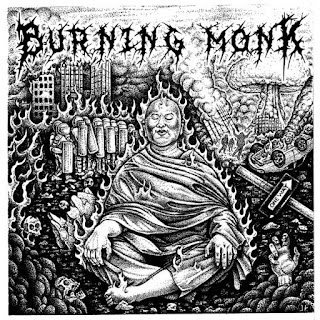 The  album  starts  out  with  a  very  fast  hardcore/grind  sound  along  with  aggressive  hardcore  punk  style  shouts  and  yells  and  after  awhile  growls  and  blast  beats  are  added  into  the  music  and  they  stick  to  a  faster  direction  for  the  fast  few  tracks  before  adding  in  doom  metal  and  stoner  rock  elements.

Song  lyrics  cover  violent,  hateful  and  everyday  themes,  while  the  production  has  a  very  strong,  powerful,  heavy  and  dark  sound  for  being  a  self  released  recording  where  you  can  hear  all  of  the  musical  instruments  that  are  present  on  this  album. 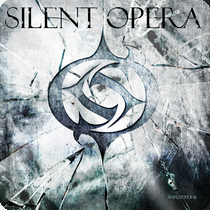 The  album  starts  out  with  sound  effects  before  adding  in  symphonic  keyboards  which  also  leads  up  to  a  heavier  direction  as  well  as  bringing  in  melodic  guitar  leads  and  violins  and  after  the  intro  the  music  goes  into  a  symphonic  metal  direction  along  with  prog  elements  and  melodic  female  vocals  and  death  metal  growls  and  black  metal  screams.

Posted by OccultBlackMetal at 7:58 PM No comments: 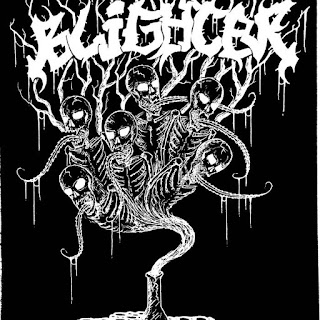 Posted by OccultBlackMetal at 3:20 AM No comments: 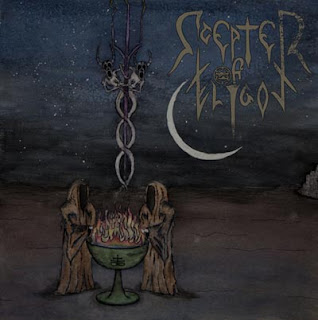 Posted by OccultBlackMetal at 3:02 AM No comments: 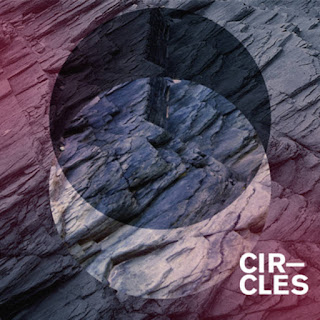 With  this  album  When  Icarus  Falls  continues  the  sound  of  the  previous  recordings  while  also  utilizing  a  bit  more melody  and  atmosphere  this  time  around  as  well  as  going  into  a  more  melodic  direction.

Song  lyrics  cover  dark  and  metaphysical  themes,  while  the  production  has  a  very  strong,  powerful,  heavy  and  professional  sound  where  you  can  hear  all  of  the  musical  instruments  that  are  present  on  this  recording. 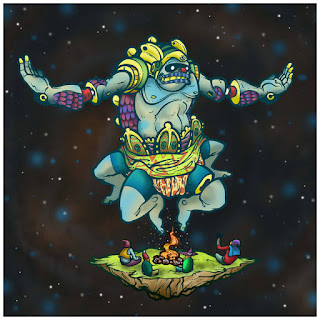 The  album  starts  out  with  avant  garde  style  noises  and  dark  synths  which  leads  up  to  acoustic  guitars  and  psychedelic  sounds  before  going  pass  the  intro  into  a  heavy  post  sludge  sound  along  with  a  mixture  of  clean  and  heavy  parts  along  with  some  aggressive  vocals  and  melody  and  solos.

As  the  album  progresses  brief  instrumentals  are  added  before  each  song  with  the  first  being  in  the  folk  music  direction  along  with  tribal  elements  as  well  as  one  of  the  later  ones  using  acoustic  guitars  and  spoken  word  samples,  while  the  regular  song s are  in  the  more  heavy  yet  progressive  and  dark  direction  as  well  as  bringing  in  clean  singing  during  certain  sections  of  the  recording.

Maeth  bring  out  a  great  amount  of  talent  and  diversity  with  their  music  along  with  a  great  amount  of  heaviness  and  melody  and  while  the  music  is  mostly  in  a  sludge  or  doom  metal  direction  you  can  hear  traces  of  psychedelic,  noise,  progressive  and  post  rock  throughout  this  recording  which  gives  the  album  a  very  original  sounding  edge.

Posted by OccultBlackMetal at 6:42 PM No comments:

1.Can you give us an update on what has been going on with the band since the recording and release of the new album?
Unfortuntely we suffered a little setback which forced us to delay the release of the album. It involves people who are not in the band, so i prefer not to give much details, sorry. During that period, we took part in Dark Tranquillity´s tribute album. We recorded "the wonders at your feet" cover, and while, we made a deal with Inverse records, from Finland, for the worldwide release of "Act III...". Finally it came out las October, the 31th, we have made a couple of shows in Belgium and Madrid, now we are preparing the tour.
2.A few months back you released a new album, can you tell us a little bit more about the musical direction it has taken and also how does it differ from your past recordings?
I think that is quite similar to what we have done before, i mean that you can find all the basic elements in Dawn of Tears music and i do honestly think that we have get the perfect mixture between two previous albums. There´s the power, strenght and melody from Descent, and you can also find the great melancholy and gothic sense of Dark chamber litanies. Even though we have incorporated some electronic elements. I think we are close to reach our own recognisable sound, at least, people tell us so.
3.Can you tell us a little bit more about the lyrical topics and subjects the new release explores?
Our main influences when we are writing lyrics are literature (we have written songs about Shakespeare´s"Romeo and Juliet", E. A. Poe´s the pit and the pendulum, Luca de Tena´s "the twisted paragraphs of god" or RR Martin´s Game of thrones among others...we are also inspired by films and personal situations of feelings. We always try to provide our texts of a oniric or dramatic feeling.
4.What is the meaning and inspiration behind the name 'Dawn of tears"?
I think that it expresses the melancholy and gothic deep feeling behind our music. Im sorry to dissapoint you, but it has not a great anecdote behind it. On a very first moment we called the band "Nocturnia", but some months later, we realized that there was another spanish band with the same name, one member of the band suggested Dawn of Tears, there were also other options such as Citizen Cain or Crystal Lake.
5.Out of all of the shows and tours that the band has done so far which one did you enjoy the most?
That is a really hard question...if i had to choose, i think the one with Dimmu Borgir was very exciting, because they´re one of our favourite bands. We also shared stage with Dark Tranquillity and Amon Amarth and it was great! We took a lot of beers with DT guys. They invited us to their dressing room and we had a great time together, we considere them one of our top three role model bands.
6.Do you have any touring or show plans for the future?
Of course, actually, our manager is working on it. I think we´ll start touring on march...
7.The new album came out on Inverse Records, do you feel this label has done a lot for getting your music heard?
Yes, they are doing a very good job. And they seem to be reliable guys as well...but there´s still a lot to do! We all have  a common purpose and we work together.
8.On a worldwide level how has the feedback been to your newer album by fans of extreme metal?
I dont know if it comes from fans of extreme metal, because although we have some extreme elements, i dont consider Dawn of Tears as a extreme metal band  itself. The feedback it´s being amazing, i think that this is the album which is collecting the higher ratings and better reviews of our career, we are really happy.
9.What direction do you see your music heading into on future releases?
I really dont know, i think that we´ll keep on the same highway, but let´s see what happens. Maybe we´ll turn into a bit more gothic metal band. It does not mean that we´ll slow down, we can incorporate more orchestral arrangements for example...my way of writing music is so espontaneous...maybe we´ll turn more electronic now that we have tried electronic elements. Dont know, stay tuned.
10.What are some bands or musical styles that have had an influence on your newer music and also what are you listening to nowadays?
Obviously, our main influences are melodeath and gothic metal, but we like to incorporate other elements far from hard sounds, such as classical variations, orchestral arrangements, even electronic passages.
If i have to mention some bands, i´d probably say that Dark Tranquillity, Blind Guardian, Cradle of Filth or Sentenced are some of our role models.
11.Do you have any non musical interests?
Of course!! I love literature, comic books and collecting horror and science fiction figures and toys. I´m proudly a nerd!!
12.Before we wrap up this interview, do you have any final words or thoughts?
I would like to encourage everyone who read this interview to give us a try, specially if you like melodic death metal or gothic metal, well, what the fuck? METAL in general. You can check us out on www.dawnoftears.org and on our facebook page. Hope you like it!!
Thanks a lot!!
Posted by OccultBlackMetal at 6:04 PM No comments: 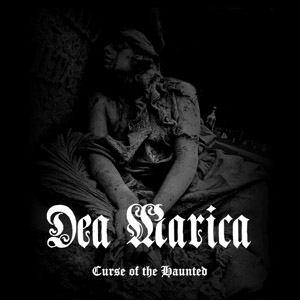