Posted by OccultBlackMetal at 5:08 PM No comments: 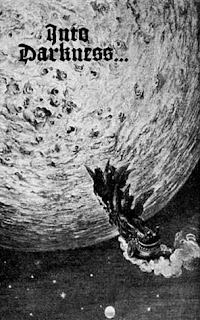 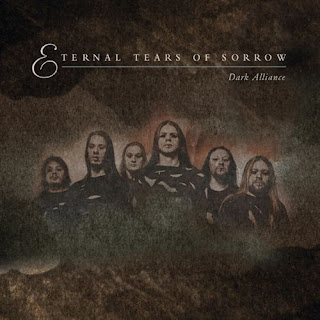 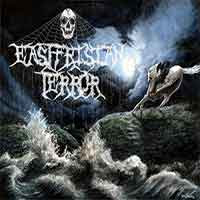 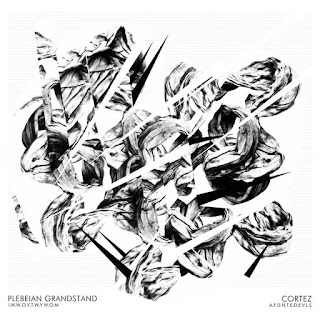 Next  up  is  Cortez  a  band  that  combines  noisecore  with  hardcore.

In  conclusion  i  feel  this  is  a  very  great  sounding  split  and  I  would  recommend  it  to  all  fans  of  sludge  and  noisecore.  RECOMMENDED  BUY.
Posted by OccultBlackMetal at 4:35 PM No comments:

Well, we're releasing our second album « May the hand that holds the match that will set this world on fire be blessed above all » through Kaotoxin Records. We're obviously pretty thrilled about it and looking forward to hitting the road again with it!

2. How would you describe the musical sound of the new album and how it differs from previous releases?

I'd say it's in the continuity of what we've been doing so far, but improved both in terms of sound and composition. With our previous releases, we've had many opportunities to play with kick ass bands and you can't but learn, especially when it comes to defining your sound. And with a more precise sound, we've tried to go a bit further on our path. I dare say the new album is faster, catchier and heavier than what we've done before !

We're more on the political side of the grindcore family, but definitely not on a vindicative mode . Rather than exposing our views on the world or preaching, we're more interested in discussing a process of thoughts or actions. For instance, the opening song of our new album is called « the boiling frog principle » and it's all about the necessity to be aware of the world around us and taking side. It's an illustration of a metaphoric experiment : if you take a living frog and throw it in boiling water, it will immediately leap out and survive. But if you place in room temperature water and then heat the water, it will die because it won't notice the heating until it's too late.


4. What is the meaning and inspiration behind the bands name?

At the time we chose our name, we just wanted to avoid anything too definitive, too obvious and somehow too grindcore or metal or whatever, We wanted a name that could possibly work for anything so we wouldn't feel like trapped with an identity or within a scene. And latin seemed like the right option. After some research, Raf came up with « Nolentia », which means « unwilling » and that was just the perfect match, considering our lyrical approach.

I've always refused to answer any best show related question because it would imply making a sort of hierarchy. We've played kick ass fests or in amazing venues with top organisations in front of large crowds and I would lie if I'd say it doesn't feel awesome. But we've also played shows in improbable places on dreadful sound systems in front of ten people but those ten were worth a thousand and the promoter was just passion driven. So no matter the crowd, no matter the venue, we try to play every show with the same dedication and intensity.


6. Do you have any touring plans for the new album once it comes out?

We're planning a tour at this time. So if any promoter is reading this, feel free to contact us ! Our sole extravagant requirement is an access to a shower after the show, for the rest we're quite flexible !


7. On a worldwide level how has the feedback been to your new music by undergrounf fans?

So far so good ! Everytime we've played a new track live as a blind test, we've had very positive feedback and the first comments we've had about the new album have been beyond our expactations. Hope that'll last !


8. Are there any other musical projects besides this band or is this a full time line up?

Nolentia remains our priority. But Raf also plays in a stoner/rock band called Wonderbar and Vince as a couple Jazz bands. As for me, nothing for the moment but something is coming up pretty soon.

We've never made any plan. We just don't wan't to copy ourselves and when we compose, we try to give each song its own identity and to build an ensemble with relief, variations. Maybe with time, we've uncounsciously defined a sort of identity or process but I still feel we're free to experiment...so come what may !


10. What are some bands or musical styles that have influenced your newer music and also what are you listening to nowadays?

If I were to make a list, I wouldn't know where to start ! We listen to so many different things...and when we like a band, we generally don't like the same albums ! So basically, you could consider anything from old school punk to modern grindcore and including anything in between as an influence...as for how it comes out, it's just a mystery to us.
If it helps, here's my current playlist : NoMeansNo (Wrong), Good Riddance (Operation Phoenix), Insain (Spiritual Rebirth), Converge (All we love we leave behind), Ill Bill vs. DJ Muggs (Kill Devil Hills), Ad Patres (Scorn Aesthetics) and Zubrowska (the Canister)...


11.Outside of music what are some of your interests?


12. Any final words or thoughts before we wrap up this interview?

Thank you for your time. Now people get up of the couch and go to shows !

Posted by OccultBlackMetal at 1:13 PM No comments: 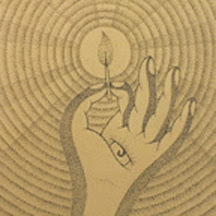 Drums range  from  slow,  mid  paced  to  fast  drumming  with  some  brutal  sounding  blast  beats  being  thrown  into  the  music  at  times,  while  the  bass  playing  has  a  very  strong  and  powerful  sound  with  heavy  riffing that  dominates  throughout  the  recording.

Vocals  range  from  deep  grindcore  growls  to  high  pitched  noisecore  screams,  while  the  lyrics  cover  everyday  themes,  as  for t he  production  it  has  a very  strong,  powerful,  heavy  and  professional  sound  where  you  can  hear  all  of  the  musical  instruments  that  are  present  on  this  recording.