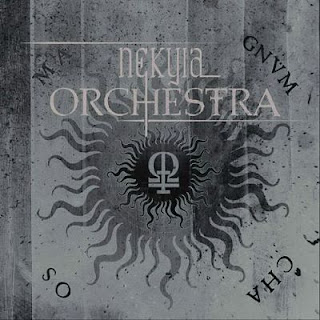 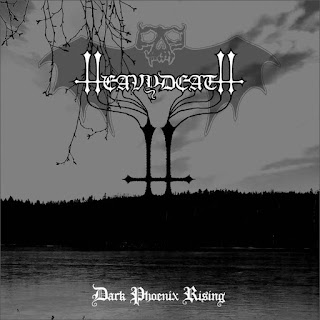 Posted by OccultBlackMetal at 9:03 PM No comments:

1.For those who have never heard of you before, can you tell us a little bit about the band?
- We are 5 guys from capital area of Finland (J.Nummenpää - Guitar/J.Moilanen - Guitar/J.Matilainen - Drums/T.Vihonen - Vocals/M.Paksoy -Bass). SFSE was formed late 2013. We play rock(ish)/metal(ish) music. SFSE started as a side project of guitarist J.Nummenpää to empty the drawer full of unused riffs and evolved to a band pretty soon after as the potential of this kind of music came to see. Few friends around and a fully functional band was formed.

2.In June you had released an album, how would you describe the musical sound that is presented on the recording?
-The sound on the album is dark and sinister as this goes well with our lyrics and state of mind. As we are from Finland we have a tendency for that kind of thing. 8 months of darkness in a year does that to people. But this is also our strength as there is so many things to discover there. we think this reflects nicely in our album.

3.What are some of the lyrical topics and subjects the band explores with the music?
-Our lyrics are not from the easiest part and quite sinister as we paint the world as we see it.

4.What is the meaning and inspiration behind the name 'Scythe For Sore Eyes'?
-It is a word play from the saying "you are a sight for sore eyes". We tried many names for the band and almost every rehearsal we had we came up with a new name. As time went by and more songs evolved we came up with Scythe for sore eyes as it reflects great our style of music.

5.What are some of the best shows that the band has played so far and also how would you describe your stage performance?
-We all have different opinions which is the best show we played but first gig we ever did at Tapper, Tallinn was great because big stage and a great venue, Also our album release party was great. We were the only band and got to play double set also containing cover songs. It´s always great to be able to play longer sets.

6.Do you have any touring or show plans for the future?
-of course! We have big plans but the problem is that we don´t have a manager or any organisation behind us to promote and getting us to play so we have to try to get gigs ourselves and it´s not easy without contacts which we don´t have but we are trying our best and getting some gigs mainly in Finland.

8.On a worldwide level how has the feedback been to your music by fans of metal?
-Those who have heard it have liked it or they are telling us lies :) But yeah, feedback has been positive.

9.Where do you see the band heading into musically during the future?
-whoa, this is a hard one. We like to keep open mind for everything so we´ll just have to see what the future brings

10.What are some of the bands or musical styles that have had an influence on your music and also what are you listening to nowadays?
-The list would be very long if all is listed here. Styles vary from classical music to extreme metal. From mozart to Cannibal corpse.

11.What are some of your non musical interests?
-We all have different interests which includes sports, books, movies, beer and so on..

12.before we wrap up this interview, do you have any final words or thoughts?
-Follow us from facebook and youtube. Keep supporting bands by bying albums and going to gigs. Scythes up!!
Posted by OccultBlackMetal at 10:00 PM No comments: 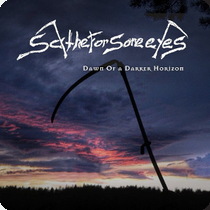 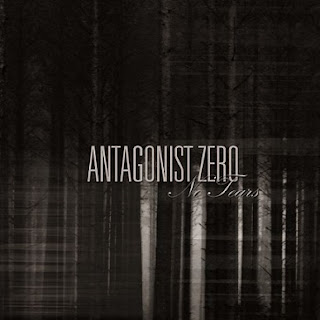 Melodic  guitar  leads  start  off  the  ep  before  going  into  a   heavier  musical  direction  along  with  some death  metal  growls  and  screams  which  have  a  black  metal  tinge  to  them  and  after  awhile  clean  singing  vocals  are  added  into  certain  sections of  the recording  and  all  of  the  musical  instruments  have  a  very  powerful  sound  to  them.

Posted by OccultBlackMetal at 11:48 PM No comments: 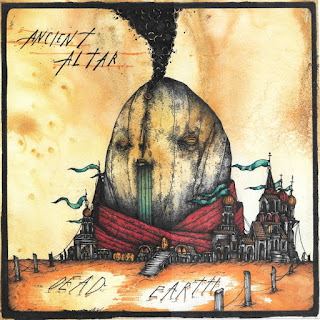 Ancient  Altar  creates another  recording that  takes the  modern  day  heaviness  of  sludge  and  doom  metal  and  mixes  it  in  with  stoner,  psychedelia  and  70's  rock  elements  and  also  keep everything  slow  in  true  doom  metal  fashion,  the  production  sounds  very  professional  while  the  lyrics  are  a  concept  album  based upon  war,  corrupt  leaders and  religion  destroying  the  world. 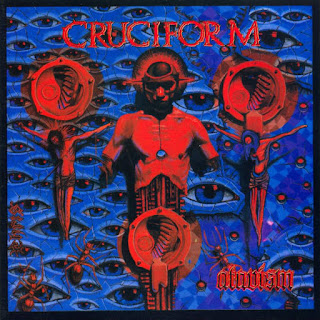 Cruciform  where  ahead  of  their time  playing  a  style  of  doom/death  metal  that  was  also  very  heavy  and  atmospheric  before  breaking  up  years later,  the  production  sounds  very  heavy  while  the  lyrics  cover  death  and  destruction  themes.