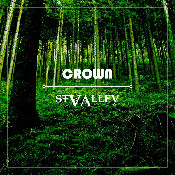 Acoustic  guitars  are  very  dark,  melodic  and  depressive  sounding  with  a  mixture  of  finger  picking  and  full  chords,  while  the vocals  are  all  clean  singing.

Lyrics  cover  dark  themes,  while  the  production  has  a  very  strong  and  powerful  sound  with  only  vocals  and guitars  being  the  instruments  present  on  their  side  of  the  recording.

Posted by OccultBlackMetal at 8:17 PM No comments: 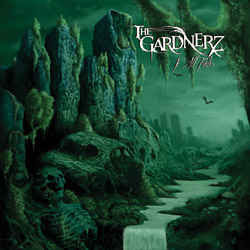 Henry:  Mostly jamming as of late and trying to get together as often as possible. We’ve started to write riffs for the 2nd YT album and have been mixing new material we’ve written with some of the older riffs we wrote over 4 years ago.  Aside from that, just drinking beer and looking to do a few shows when the opportunies present themselves.

How would you describe the musical sound of the new album?

Henry:  I’d say it’s a culmination of our influences over the years, but basically it's a good start. We've all known each other for a very long time (two of us in one band and Pete in several others) but we never jammed together so this idea is becoming reality. It took time to find each other musically though.  Figuring out where this riff is going and what the other is thinking. I guess the short answer is something like Sabbath, Entombed and Motorhead meets Lynyrd Skynyrd all thrashed together in a blender.


What are some of the lyrical topics and subjects the band explores with the music?

Henry: Life, movies, documentaries, fiction, horror. Just look outside your window & your hit with a spectrum full of ideas.  Pete always has his “ghost/spectre” tunes and that ended up being “Soulstalker.”  “Wizard Dust” is about drug use while “On The Trail of Lewis Medlock” subject is from a classic 70’s movie we’ve all seen.  Will let you guess which one.

What is the meaning and inspiration behind the bands name?

Henry:  Actually that's Pete's story. Legend has it he was out drinking somewhere years ago and he heard his old drummer get into an argument with some woman.  It got pretty intense and his drummer called the woman a fat yellow-toothed bitch.  I think that little voice in his head couldn't stop laughing because he never forgot it. Besides, what else makes people cringe and evokes a look of disgust?

Henry:  I'd have to say most of them have been cool but we don't do as many shows as we would like because of our work schedules.  The way we see it, we appreciate anyone coming out to see us and watch the band. So will try to give them a good show, play tight and leave a lasting impression.  That’s the basis for a YELLOWTOOTH show I’m guessing.


6. Do you have any touring plans for the new release?

Henry:  Not right now. Just playing selective shows when we can & hoping our work schedules allow us to hit Michigan, Illinois & Wisconsin to jam with other killer bands in the area.  There is a lot of great bands out here in the Midwest.


7. Can you tell us a little bit more about the record label Orchestrated Misery?

Henry:  I'll tell you the guy that runs it is a real son of bitch, I know that! No seriously, that's our bass player Pete's label. He started it before Yellowtooth ever existed. He released Catapult the Smoke’s first couple of cds & started to release a few others but this year has been hectic, so he's had to just concentrate on YELLOWTOOTH debut.


8. On a worldwide level how has the feedback been to your music by fans of sludge, stoner and doom metal?

Henry:  I think positive so far. It's just starting to get circulated and hopefully people can see it for what it is. It's an honest album in the sense that it's the beginning of something we all enjoy doing. Three friends getting together to write and record some tunes, drink beer and do the occasional show when possible.

Henry:  A lot of what is on DISGUST is really, like I said earlier, us finding each other musically. I think the next release we will progress a bit more but perhaps take an even darker element of death or sludge/stoner and mix them in the songs. Whatever happens the Tooth will still be Yellow and disgusting with amps to eleven

10. What are some bands or musical styles that have influenced your music and also what are you listening to nowadays?

Henry:  Influences? What a long list:  From Black Sabbath to Thin Lizzy, Slayer to The Allman Brothers. It's really all over the place. If it is heavy I'm usually drawn to it. As for what I'm listening to now. Grand Magus, Machinehead, Volbeat, Red Fang, Testament.

11. Outside of music what are some of your interests?

12. Any final words or thoughts before we wrap up this interview?

Henry:  Thanks for the interest in YELLOWTOOTH.  As we've said it before:  We are not trying to reinvent the wheel here but maybe just throw some mud, blood and beer into the mix.  Plus that nice burnt-tire smell for the ride home lends a nice aroma.

Posted by OccultBlackMetal at 11:05 AM No comments: