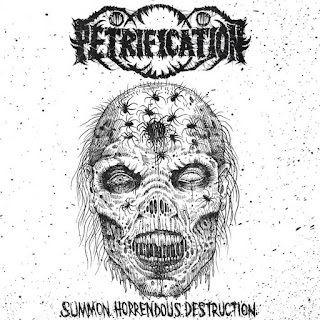 Petrification  plays  a  style  of  doom/death  metal  that  is  very  heavily  rooted  in  the  early  90's tradition  and  mixing  the  Swedish,  Finnish  and  English  forms  of  the  genre  together,  the  production  sounds  very  old  school  while  the  lyrics  cover giant  man  eating  arachnids  and  other  horrors  that  lurk on  the  edge  of  the  void.