My Life's Despair/Invoked With Passion And Pain/2015 CD Review 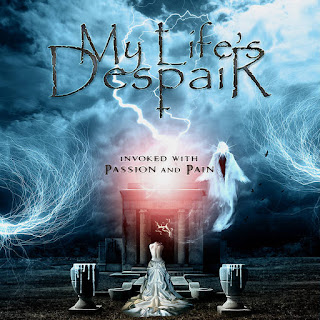 My  Life's  Despair  plays  an atmospheric  style  of  gothic/doom  metal  that  is very  heavily rooted  in  the  90's  and  also  mixes  in  influences  from  black  and  death  metal  to  create  their  own  musical  style,  the  production  sounds  very  professional  for  being  a  self  released  recording  while  the  lyrics  cover  depression,  love,  suicide and life  experiences.