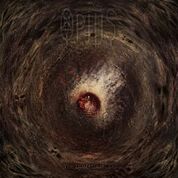 Spoken  word  parts  can  be  heard  briefly  before  going  into  a  heavier  doom  metal  direction  along  with  some  dark  sounding  melodies  and  the  solos  and  leads  also  bring  in  a  great  amount  of  depressive  melodies  and  after  awhile  deep  death  metal  growls  start  to  make  their  presence  known.