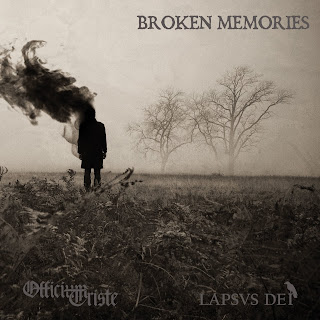 Lapsus  Dei  plays  a  style  of  doom/death  metal  that  is  very  melodic  and  atmospheric  sounding.  The  production  on  their  side  of  the  recording  sounds  very  professional  while  the  lyrics  cover  death  and  religion  themes.

On  this  recording  Officium  Triste  take  their  style  of  doom/death  metal  into  a  different  direction  which  is  also  very  different  from  the  stuff  they  released  in  the  early  90's.  The  production  sounds  very  professional  while  the  lyrics  cover  dark  thoughts,  gloom  and  pessimism  themes.